AMR vs AGV — 7 key differences that businesses need to know 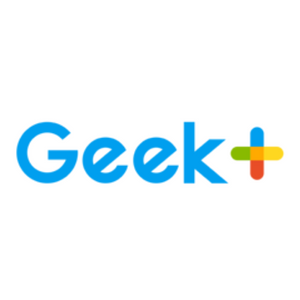 In the world of logistics, Automated Guided Vehicles (AGVs) and Automated Mobile Robots (AMRs) are household terms. Both AGVs and AMRs enable the automation of material handling and optimize the efficiency and productivity of warehouses and manufacturing facilities. As an increasing number of businesses step up automation of their supply chain, there is a pertinent need to understand the differences between the two technologies to ensure a wise investment.

What Is AGV (Automated Guided Vehicle)?

AGVs are industrial vehicles that transport goods around in a warehouse or manufacturing facility. Traditionally, they are guided by magnets, barcodes, beacons or wires that are implanted beneath a facility’s surface. They rely on pre-programmed software to work, usually following a fixed route, and are stopped by obstacles in their path.

What Is AMR (Autonomous Mobile Robot)?

AMRs, which is a technology that emerged after the AGV, are vehicles that utilize sensors, processors and navigation algorithms to move around a warehouse or facility without the need of physical guides. They can read the environment and plan their own routes dynamically. They do not need to follow a fixed route and can avoid obstacles using an internal map.

AMR vs AGV - The Fundamental Difference

Fundamentally, the difference between an AGV and AMR boils down to their levels of intelligence. Both the AGV and AMR enable a degree of automation, but an AGV can at best obey basic orders to move according to a pre-assigned route and avoid hitting obstacles. When met with new or unexpected scenarios, an AGV cannot adapt in a versatile manner like the AMR. An AMR supersedes an AGV in its capacity to learn and adapt to new situations, such as replanning its route after meeting with an obstacle, and using such accumulated experiences to become more efficient and accurate over time (i.e. machine learning)

AMR vs AGV - 7 Differences that Businesses Should Care About

A close examination of the AGV and AMR reveals 7 critical differences that businesses should be highly aware of before making the decision to invest in either technology.

AMR: Uses trackless navigation via an internal map and sensors.

AMR: Able to learn new routes quickly and take optimal paths, additional AMRs can be added to existing fleet in less than a day.

AGV: As a comparatively less advanced technology, it is usually the less expensive option.

AMR: While it can be more expensive than an AGV, it is still cost-effective with its quick and easy deployment, little to no downtime incurred, with no infrastructure cost.

AGV: More reliable than AMRs due to its nature of following a rigid path.

AMR: Natural and real-time response to their environment may give rise to variations in expected movement.

AGV: Slow and complex to install due to set-up of infrastructure across facility, cannot adapt to new environments without new infrastructure.

AMR: Fast and easy to install and redeploy as no significant infrastructure needed, can be relocated between facilities as shared resources.

Businesses should invest in AGVs and AMRs that meet their respective safety standards. However, the following points can be considered.

AGV: Safe because of its predictability, does not proceed when met with obstacles.

AMR: Rerouted paths of the AMR may unintentionally disrupt other parts of the environment.

AGV: Does not collect or learn from past data, no insight into fleet’s performance.

AMR: Able to use machine learning to collect relevant data and optimize the fleet’s operations.

AMR vs AGV - Which one should you choose?

After learning of these differences, it may be time to make a choice between the AGV or AMR. To help you arrive at that choice, here is some perspective.

If your business relies on traditional business models, and possesses an operational workflow that is simple and rarely changes, AGV may still be a good fit because they do their job and are relatively more affordable in the market. However, if you are transitioning your business into an agile business that aims to respond dynamically to demand changes, production line modifications, and complex new manufacturing environments, the AMR is the better choice with its intelligent technology and flexible deployment.

May your business choose the best-fit technology that will enable it to thrive within the challenges and opportunities of today! To learn more about Geek+’s AMR solutions and how they have transformed the productivity of global warehouses, access our repository of case studies.