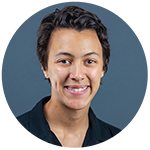 Despite being a federal organization, USPS receives no taxpayer funding and instead covers all operations expenses through its fee collection. In a move its competitors (namely UPS) have at times called unfair, the Postal Service routinely charges low, or below, market rates and does not apply surcharges for fuel, residential delivery, or regular Saturday or holiday season delivery.

DHL is applying residential delivery surcharge fees for peak season 2019, however UPS and FedEx have announced they are planning to waive them to entice customers during the holidays. FedEx and DHL, however, have rate hikes planned for 2020. FedEx plans to increase prices between 4.9% and 5.9% depending on the category, DHL Express is also planning to raise rates by 5.9%. UPS is expected to announce 2020 rates later this fall.

Combined with USPS' universal delivery mandate, meaning it is legally obligated to deliver anywhere in the United States when other private carriers are not, bringing in enough revenue to stay in the black has been an ongoing struggle.

In August, USPS parcel volume declined for the first time in nine years, primarily across First-Class Mail (2.7%), Marketing Mail (3.0%), and Periodicals (11.2%), according to its Q3 earnings report. While it saw a slight revenue bump from raising fees for 2019, a 3.2% year-over-year volume drop meant a loss of nearly $2.3 billion.

As a result, price increases are a key part of the Postal Service's financial strategy.

Postmaster General and Chief Executive Officer Megan J. Brennan said in the earnings report that raising fees will not be enough to turn things around. Instead, regulatory and legal action are required to level the playing field as the competitive, and costly, last-mile delivery market for e-commerce orders continues to grow, Brennan said.

While domestic legislation has yet to be enacted, the U.S. government recently threatened to leave the global Universal Postal Union over what it deemed unfair international postal rates, particularly in China, which is still listed in the UPU as a developing country and is therefore eligible to charge lower rates. While the U.S. ultimately did not leave the UPU, changes are coming that will affect USPS and its domestic and international partners in the future.

Starting in 2021, UPU member countries will be eligible to set their international postal rates.

"We expect the USPS to bake-in the potential July 2020 increase into the January increase to avoid two increases, which would be very disruptive for businesses and decision-makers," Alex Yancher, CEO of Passport Shipping, told Supply Chain Dive.

Update: This story was updated to include comment from the U.S. Postal Service.