Have supply chains changed under Trump?

The following article is part of a weekly series, where Supply Chain Dive asks five industry influencers to comment on a recent news item, trend or skill set. To read more about the participants, please click here.

One year ago, voters across the United States went to the polls and made their voice heard, ultimately electing Republican nominee Donald Trump as president.

At the time, Supply Chain Dive asked our audience whether they were optimistic or pessimistic about the president-elect's impact on the supply chain: 48% said they were. Regardless of their party allegiance, 76% of our audience named manufacturing as a top issue, and 40% said trade was top-of-mind.

Even then, Trump had made vast promises on these two issues. He would revive manufacturing, withdraw from the Trans-Pacific Partnership and renegotiate NAFTA. On these points, his agenda has always been clear, and his administration has remained active. But, has anything really changed? We asked a group of experts for their opinion.

What has changed for supply chains in the year since President Donald Trump was elected? 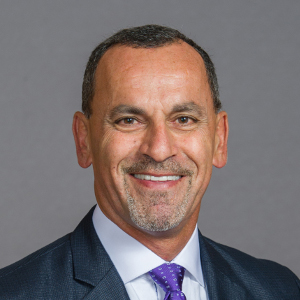 The Trump administration’s policies are still developing, but modern supply chains are global and change can come from a number of sources, including from new government administrations.

Regardless of domestic policy, organizations should focus on building supply chains with strong foundations and agile systems that can adjust to new governmental requirements anywhere in the world. By honing their strategic and tactical capability to plan for and respond to changing conditions, organizations will strengthen continuity in their supply chains.

This can’t be achieved unless supply chain managers have the skills to navigate fluctuations in regulatory or business environments. Employers need to invest in workforce training and development, and equip their supply chain, logistics and operations management professionals to critically evaluate current processes and optimize complex supply chains. 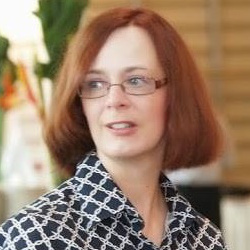 Political rhetoric during the presidential campaign raised many questions of the possibility of a shift from globalization to protectionism. Despite the concerns though, globalization remains alive and well. However, concerns remain particularly with the US pulling out of the Trans-Pacific Partnership earlier this year and threats of a pull-out from NAFTA as talks with Canada and Mexico are currently ongoing.

Unfairly targeted at Mexico, not only is a wall planned to separate the US from Mexico but potential import duties and penalties could possibly be imposed for US businesses that move operations to Mexico. The US automotive industry is particularly susceptible as many have established facilities in Mexico along with their OEM partners. As a result, tightly woven supply chains have been created thanks to rail expansions, partnerships and cross-border solutions offered by logistics providers. If NAFTA is abolished, WTO requirements will replace NAFTA which would likely mean higher import duties and thus higher supply chain costs.

Despite today’s cloud of uncertainty, many logistics providers continue to expand cross-border services as well as open offices in Mexico. For example, so far this year, Landstar has expanded its Mexican operations by opening Landstar Metro in Mexico City. This new operation provides Mexico freight and logistics services within Mexico and in conjunction with Landstar’s US/Mexico cross-border services. Another recent example is BNSF Logistics who expanded its presence in Mexico through its subsidiary, BNSF Railway Servicios de Logistica. Its new Queretaro location handles mostly Mexico moves but can also handle cross-border requests.

Additionally, an overall theme of moving closer to the final customer has coincided with the President’s “America First” slogan. Major Apple manufacturing partner and Taiwan-based Foxconn announced this year plans to open a US facility. Foxconn is one of several such international companies planning to open manufacturing facilities in the US. Whether this is due to political rhetoric or the trend towards moving closer the final customer, this will result in a change in supply chains – Perhaps shortening the last mile but pressuring ports, airports, road and rail with increased volumes and increase need for warehouse space. 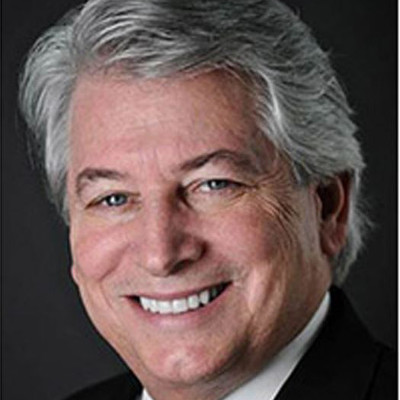 The White House and U.S. Congress appear to have had no measurable effect, positive or negative, on supply chains. The U.S. economy continues to motor along, consumer demand remains strong, and global trade is generally robust.

Independent of political influences, global supply chains are experiencing positive and negative effects of changing technology and market conditions. In the case of ocean goods movement, steamship lines continue to introduce more capacity than demand requires, constraining prices and profits for most suppliers in the chain. The winners in this scenario are the cargo owners and consumers, who are enjoying the benefits of near record low transportation costs. On the other hand, airfreight continues to gain momentum and is the fastest growing mode of goods movement at the moment, while trucking and rail are a mixed bag of capacity and cost imbalances.

Meanwhile, the big headline is the growing impact that information technology is having on addressing supply chain optimization, as companies large and small work to rein in manufacturing and distribution costs, while established logistics companies and tech start-ups race into the market to offer solutions. Once the dust settles, the disruptive nature of technology will prove to be a long-term benefit to creating the agility and cost efficiencies needed for businesses to stay competitive on a global scale.

Hopefully, the U.S. Government will stay the course on trade policy and treaties that have sustained the America’s robust trading economy. 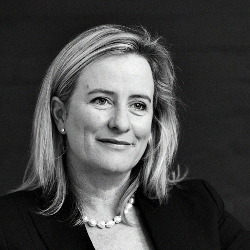 What we're seeing in U.S. supply chains under the Trump administration is a great deal of uncertainty. The President has followed through on some of his campaign rhetoric, notably making the withdrawal from the Trans-Pacific Partnership a priority in his first week of office, but there are other proposals that appear to have stalled in execution.

Renegotiating NAFTA, for example, is creating vast uncertainty around cross-border trade and U.S. companies are likely to hold off investing in Mexican facilities until they have clarity. Tariffs on Chinese goods - another priority for an administration that often brands overseas trade relationships "unfair" — need to be implemented with caution to avoid touching off a trade war.

What is certain, however, is Donald Trump's personal commitment to his Made in America campaign. His use of Twitter in the early days of his presidency to call out specific companies with overseas manufacturing plants really demonstrated the power of social media to drive change - and to force the issue into the news cycle.

I don't believe we'll see a mass "reshoring" of U.S. supply chains, as the end customer simply won't want to pay the increased costs. Look at the latest iphone, for example — $1000 for a phone really is pushing the limits, and that's a product using Asia-based labour and manufacturing facilities.

Moving that supply chain and skillset to America will cause prices to skyrocket.

View all | Post a press release
Descartes Expands Global Trade Intelligence Content and Solution Capabilities
From Descartes Systems Group
Descartes Releases June Report on Global Shipping Crisis: All-time High for U.S. Imports Makes…
From Descartes Systems Group
A Winning Team: ICAT Logistics Detroit Signs Pact with Team 84
From ICAT Logistics Detroit
Descartes Acquires XPS Technologies
From Descartes Systems Group
Editors' picks
Latest in Regulation
© 2022 Industry Dive. All rights reserved. | View our other publications | Privacy policy | Terms of use | Take down policy.
Cookie Preferences / Do Not Sell
We use cookies to optimize your experience on our website and for analytics and advertising purposes. By continuing to use our site, you agree to our cookie policy. Learn more
Accept