Supply chains have an insatiable demand for logistics space close to consumers. But not all cities welcome an influx of large industrial facilities and trucks.

The Upland, California, Planning Commission is considering limits on warehouse size, truck hours and volumes to manage the spread of logistics and industrial development in the predominantly residential city.

Upland is only one city dealing with the seemingly insatiable demand for new logistics space located closer to customers.

Driven by the growth of e-commerce, warehouse demand exceeded supply in Q4 of 2020 and early 2021. The national vacancy rate fell to 4.8%, according to the Industrial Business Indicator from Prologis. Warehouse development is barely keeping pace with the pandemic-driven spike in e-commerce and the trend for additional safety stock to guard against supply chain volatility. While millions click and shop, not everyone welcomes an influx of tractor-trailers and delivery vans onto their city streets.

Communities: We don't want to be your neighbor

When proposing a warehouse, developers must provide realistic operational estimates and show a willingness to act on community concerns, development experts said.

"The key is really to have a direct and honest conversation with the community and officials about the impact of the logistics industry and parcel deliveries, including groceries and vaccinations, that have to get delivered," said Timothy Jemal, CEO of the Southern California chapter of NAIOP, a commercial real estate development trade association. "It starts with education about how the logistics industry is vital to the economy and provides good-paying jobs and career pathways to thousands of people."

While some communities welcome logistics jobs, others push back against expected traffic congestion, noise and air pollution from increased truck traffic. One Upland citizen told the local newspaper that warehouses may be acceptable for Fontana, a nearby community to the east, but not for their city.

"The key is really to have a direct and honest conversation with the community and officials about the impact of the logistics industry and parcel deliveries ..."

Bridge Development Partners originally proposed a 977,00 square-foot project presented to the community as Project Baxter. After more than a year of community meetings and hundreds of written comments, the project morphed into a 201,096-square foot last-mile delivery hub for Amazon according to local media. The facility is designed for tractor-trailers to deliver goods to the warehouse, which would be distributed in the region by smaller trucks. As part of the deal, Bridge offered the city and community $17 million in a 20-year development agreement.

Community resistance in Upland hinges on the environmental and community impact of increased truck traffic, which residents fear will change the city's characteristics. One commissioner said the development would transform the 50 acres of vacant land often used as a homeless encampment.

The terms of the proposed conditional-use permit limit truck traffic to 25 per day or five during daytime hours and 20 at night, for a total of 50 truck trips in 24 hours. The city added terms for a fine of $45,000 on the second violation of the agreement, which a consultant will monitor. A lawsuit filed by a community group has delayed construction so far. The next hearing is April 23 and could be extended until May 11.

The multi-year battle led the city to consider revising its city planning and zoning regulations. The Upland Daily Bulletin reported that the city council is considering zoning change requests that include:

Communities push back against development

The City Council of Jurupa Valley, California, in January voted to temporarily ban new industrial development of "truck-intensive uses” to give city planners time to research sites appropriate for future developments. Like Upland, Jurupa Valley is located in the Inland Empire region east of Los Angeles that has been a hotbed of logistics development.

Approval for warehouse development often hinges on whether the company is perceived as being a good neighbor, Anderson noted.

"A lot of times, the community pushback comes from when you're putting in an industrial building in a location that had previously not been industrial," said Tray Anderson, executive practice head, global supply chain management consulting and advisory for Cushman & Wakefield.

Developers are reluctant to disclose the name of the end-user company to get community approval, most of the time. But the development plan has to be responsive to the community, such as limiting nighttime operations, building sound barriers and other mitigation steps.

"Being a good neighbor is where you want to start," Anderson said. "If you're expecting a new project to be embraced 100%, that's not guaranteed."

Not every warehouse needs to have trucks run 24 hours a day, seven days a week.

"Distribution centers can commit to not having trucks run between 10 p.m. and 6 a.m., and use the overnight shift for inventory replenishment and restocking pick locations," Anderson said.

Developers and logistics companies need to understand they may need the local community's support, such as a working relationship with the fire marshal's office to sign off on occupancy permits.

"There are times you will need them to help you get up and running and approve any expansions or changes," Anderson said.

"Being a good neighbor is where you want to start,"

Receptiveness to logistic development may vary widely within a region. The permitting process in a community at one highway exit can be twice as long as the community at the next exit. Municipalities are becoming more aware of the tax revenue from online sales, which could supplement or replace the revenue stream from retail.

"There are communities that are more friendly and want the jobs and tax revenues," Anderson said.

Surprise, Arizona, a western suburb of Phoenix, pushed through approvals for an Amazon last-mile delivery hub in about half the time of a traditional project.

Sited in the city's Railplex District, the acreage had a unique advantage, according to Jeanine Jerkovic, the city's economic development director. The district, along with much of the city, is within the flight path of Luke Air Force Base in Glendale, Arizona, and "sections of the city are zoned so that residential and overnight uses will never be permitted," Jerkovic said. The Amazon site is in a mixed-use area, with restaurants, retail and entertainment destinations nearby.

Amazon jumped on the site because it was shovel-ready, and the city was welcoming to commercial development. Instead of a year or more, the site plan was submitted and approved in about five months.

"We've been able to position a lot of our shovel-ready areas pretty effectively from the time-to-market perspective," Jerkovic said.

The Surprise City Council has been amenable to commercial development to bring industrial-level jobs to supplement the retail and service economy jobs. The city's blend of light commercial and warehousing uses with residential and retail nearby is unusual.

"People here are comfortable seeing those commercial uses mixed with housing and retail, and it has evolved very differently than a lot of other places," Jerkovic said.

As e-commerce claims a larger share of the nation's retail volumes, the pressure will continue to develop warehouses and distribution centers closer to customers. "Warehouse owners and the operators must be good corporate citizens and be transparent about their place in the community and the local economy," Jemal said. 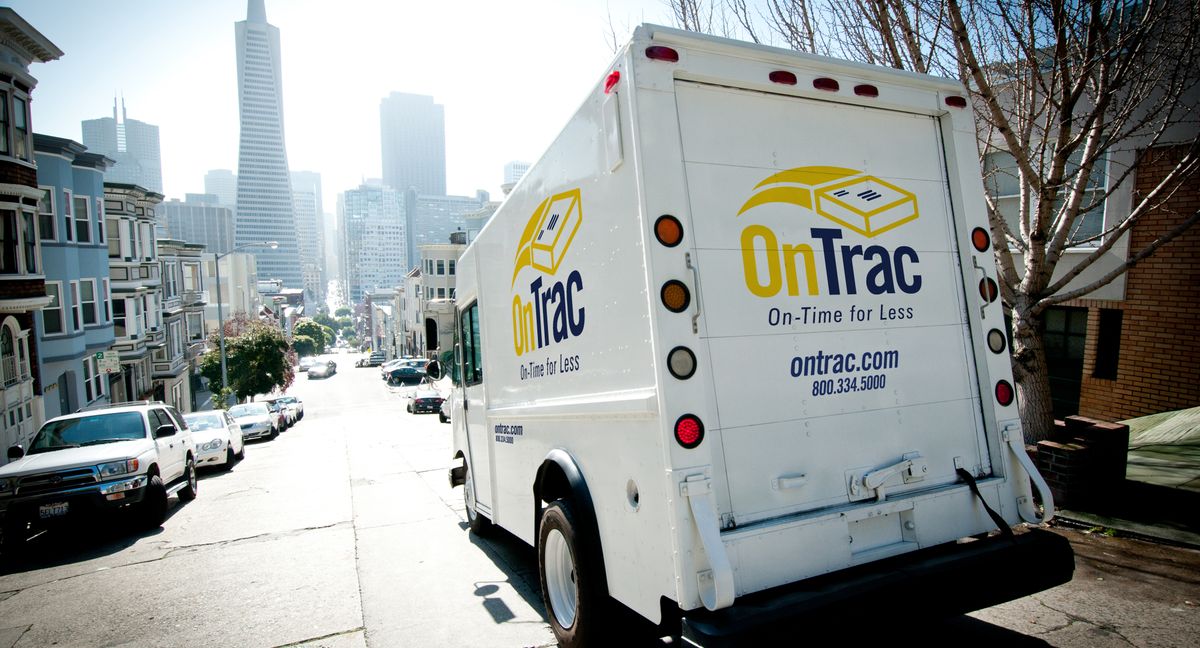 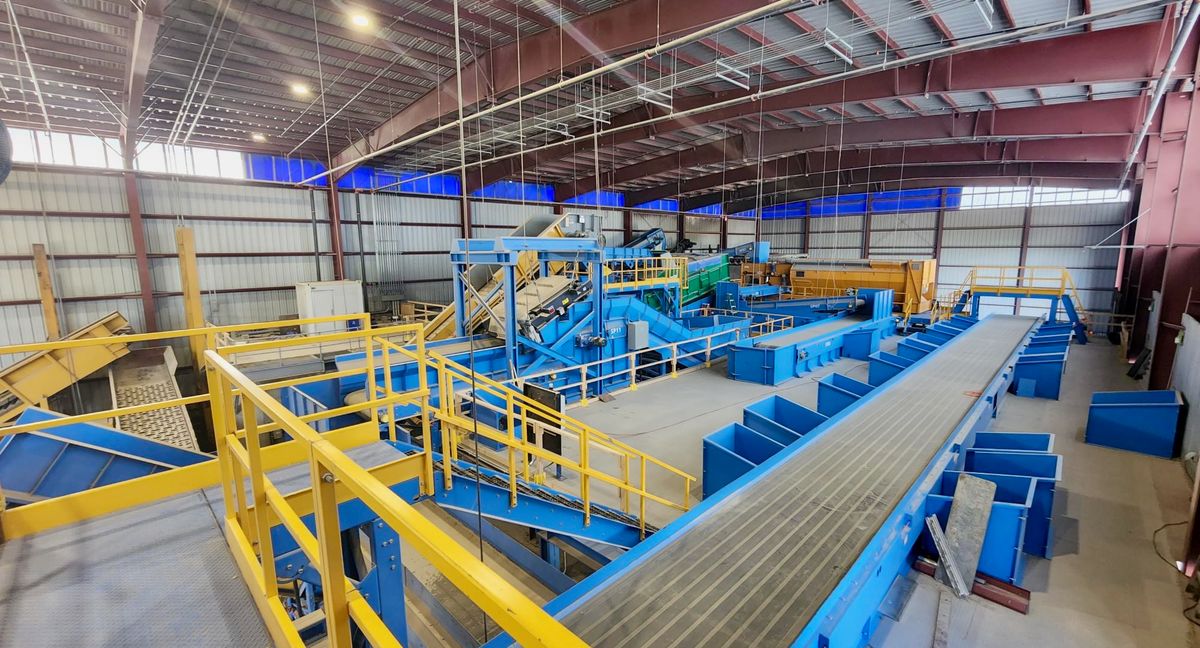