The goal is to transition quickly to round-the-clock operations, but "it's not a single lever we can pull today to open up all the gates," the Port of Los Angeles' Gene Seroka said.

After President Joe Biden's Wednesday remarks announcing a goal to move U.S. supply chains to a 24/7 operating schedule, port and government representatives explained the next steps toward that goal and why details on how such operations would work are sparse.

Gene Seroka, executive director at the Port of Los Angeles, said in a statement on Wednesday the significance of Biden's announcement was "the commitment from industry leaders," which was "a call to action for others to follow."

The next day, during a virtual briefing hosted by the Port of Los Angeles, he added there was still a significant amount of work to be done — including discussing the details with marine terminals, labor unions, railroads, shipping lines, the trucking industry, importers, exporters and more stakeholders — before the port could officially say it was operating on a 24/7 supply chain.

"It's not a single lever we can pull today to open up all the gates," said Seroka. Still, the goal is to quickly transition to 24/7 operations with the use of data, port stakeholder relationships and federal government support.

"Those commitments and announcements in hand is the starting point, not the end point clearly," said Porcari. "We're moving to the tactical part of it."

Neither Seroka nor Porcari gave a specific timeline for when the work would be complete, nor which terminal would be the first to open on a 24/7 schedule. But Porcari said various stakeholders would begin "operating action meetings" on Friday, to start "working through whatever issues are barriers to 24/7 operations."

Seroka and Porcari walked through many of the issues on their minds during the briefing.

A sea of private-sector stakeholders will have to be involved with any schedule transition. The federal government sees itself as a broker in those conversations rather than a regulator, Porcari said.

Seroka said the Port of Los Angeles works with at least 200,000 importers and exporters moving goods via roughly 18,000 truck drivers, over 100 trains and 20-plus shipping companies — in addition to the "10 new entrants" who in the last months began chartering their own vessels.

"We're going to continue to chip away with every meeting, every phone call, every container movement, develop processes and get more robust delivery," Seroka said.

The Port of Los Angeles has being trying a "push system" as it works to clear the backlog of containers, Seroka said.

Under this system, the port seeks to incentivize efficiency by getting truckers, shipping lines and cargo owners to commit to dual transactions, where every import that is delivered to its destination via truck is met with an export or empty container that already has space on a ship.

"If we can continue to push out this cargo like we've shown in early days with our rail partners on the truck side, that will give us more room on the terminal tarmacs to bring these ships in even quicker," Seroka said.

3. Finding efficiencies in the short and long term

In addition to the long-term 24/7 goal, Porcari said stakeholders were also exploring temporary options to help speed the flow of cargo out of the Port of Los Angeles.

One such option is to create "inland pop up sites that can be used to ground containers on an interim basis." Porcari said doing this "on either public or private property" could provide "some temporary help."

In the meantime, Seroka said the port was focusing on squeezing "every minute, every hour of efficiency" the port can currently handle. While recognizing the high productivity shown by truckers and longshore workers, Seroka said he saw an opportunity for improvement in better using the port's existing off-peak hours to move goods.

"We've got to take advantage of those [existing] times, and then continue to push the other private sector players to run their clocks more on this schedule as well," Seroka said. "We've still got 62 [container ships] out there, just beyond the breakwater, and another 25 on the way."

Moving products from a containership outside of peak hours requires longshore labor, truckers and warehouse workers to accept deliveries after the sun goes down.

One of the first steps to facilitating off-peak operations will be for the marine terminals that operate at the Port of Los Angeles to reach agreements with labor unions, defining night-time operating procedures. As private operators, each terminal may end up with different practices for how they groom each yard, pre-plan chassis mounting, and manage load and unload shifts, Seroka said.

Warehouse operators that work with the Port of Los Angeles may also need to adjust their processes to facilitate night-time deliveries of products. Many facilities "traditionally operate during the daytime only," Seroka said, even if others in the supply chain are prepared to work the night shift.

Three types of workers are critical to port operations, according to Seroka: truck drivers, longshore labor and warehouse workers. But in many cases, attrition in the supply chain is leading to a loss of productivity.

"We've also got to put a premium ... on that, from a human resources perspective, to see how we can better recruit and compensate these important folk," Seroka said.

Seroka and Porcari noted significant work is going into filling the pipeline for these workers.

Porcari said the U.S. government had been working directly with states to streamline processes for granting commercial drivers licenses, to help increase the pipeline of truckers. (The White House provided more details in a fact sheet on Wednesday.)

As for longshore workers, Seroka said International Longshore and Warehouse Union workers have been on the job for an average of six days a week since March 2020. In addition, the union has added workers to its ranks over the past months and increased its training programs. "We have ample longshore to do this work," Seroka said.

6. Getting stakeholders on board with data sharing

Porcari commented the supply chain is only as good as its weakest link, and the industry needs more real-time data on dwell times to be able to assess progress toward a 24/7 supply chain.

"If containers are dwelling on chassis at distribution centers because they're not unloaded for 11 days, or even four days, that slows the entire system," Porcari said. "Dwell time is probably the single best Key Performance Indicator throughout the system."

But tracking dwell time of chassis and containers at docks, on rails and at shippers facilities will require industry stakeholders to agree and feel comfortable sharing data. Both officials highlighted the Port Optimizer as a starting point for this goal.

The tool helps the port understand "where those bottlenecks exist so we can attack them," Seroka said.

"It's the basis of what can be used on a broader scale," Porcari said.

7. Planning for the future

The pandemic laid bare the weak links in the U.S. supply chain, according to Porcari, so in addition to the short-term goals above, the government is also thinking about long-term resiliency.

"We've been trying to build a foundation for [the future-facing] part of infrastructure that clearly is not equipped for today's demand, let alone tomorrow's," Porcari said. "It's clear that the concept of resiliency is is very important, and it means having multiple gateway load centers, it means the inland transportation system has to actually have the capacity to accommodate those kinds of volumes."

Porcari said the U.S. government was working directly with states and pushing them to consider supply chain as "an essential part" of state economic development plans.

Both officials also touched on the pending infrastructure bill in Congress, and how that plays into future plans. Seroka said he provided the federal government with a list of short- and long-term infrastructure needs for the port. 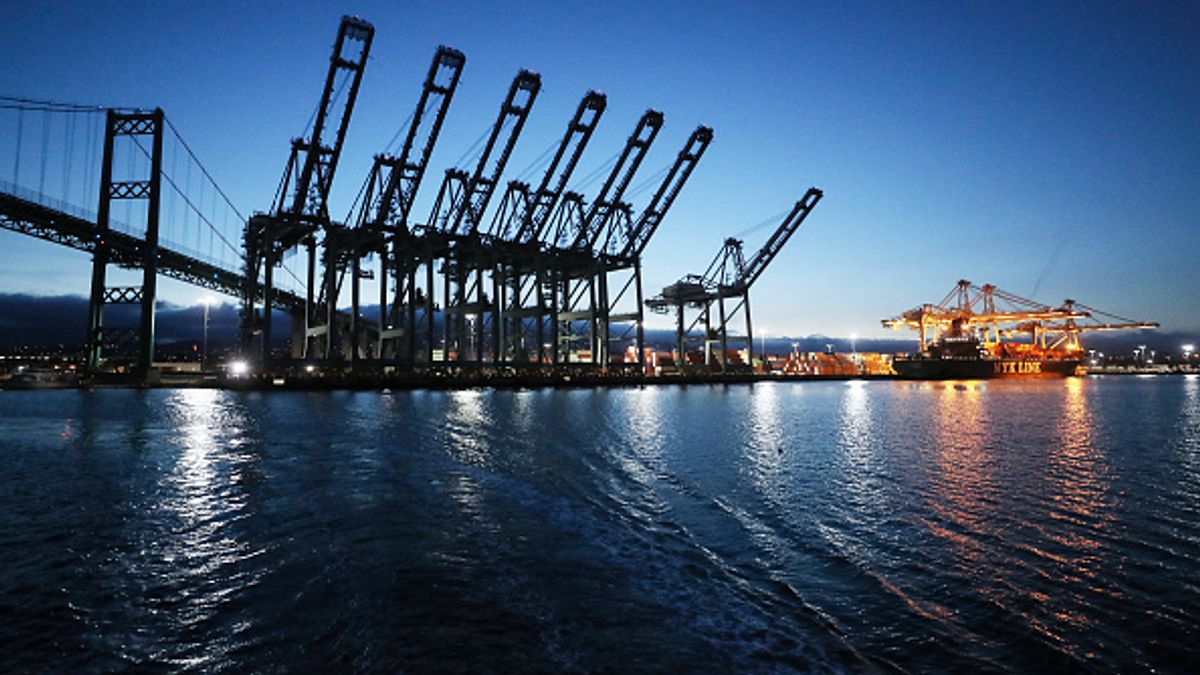 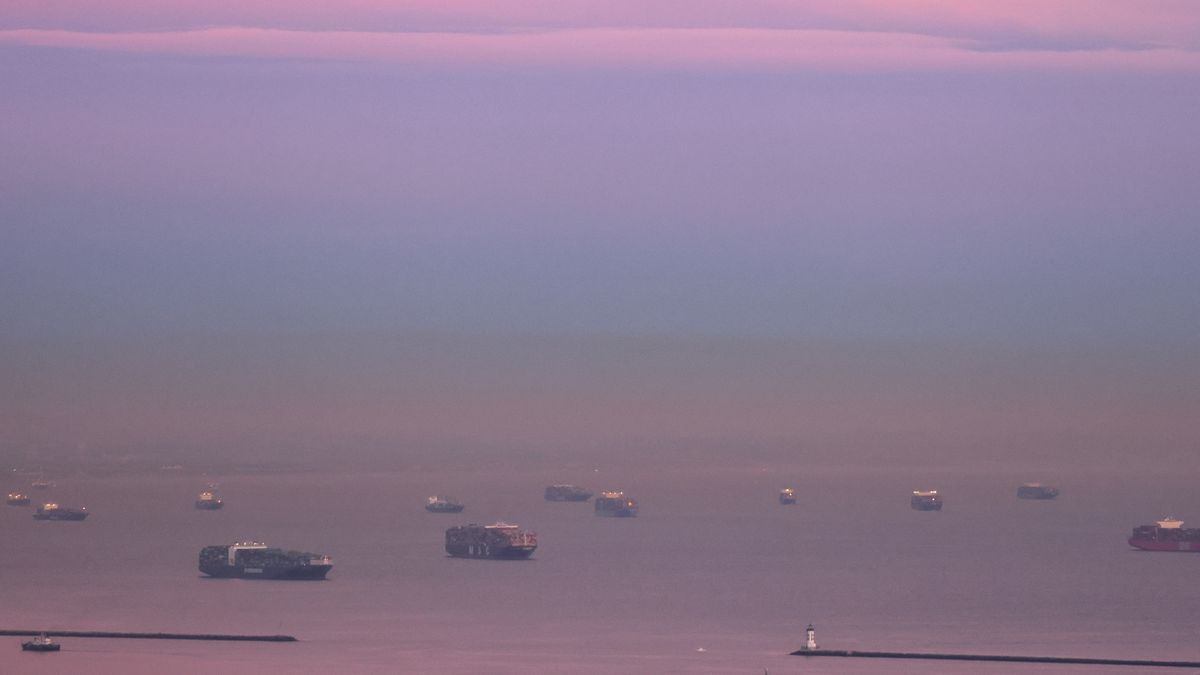 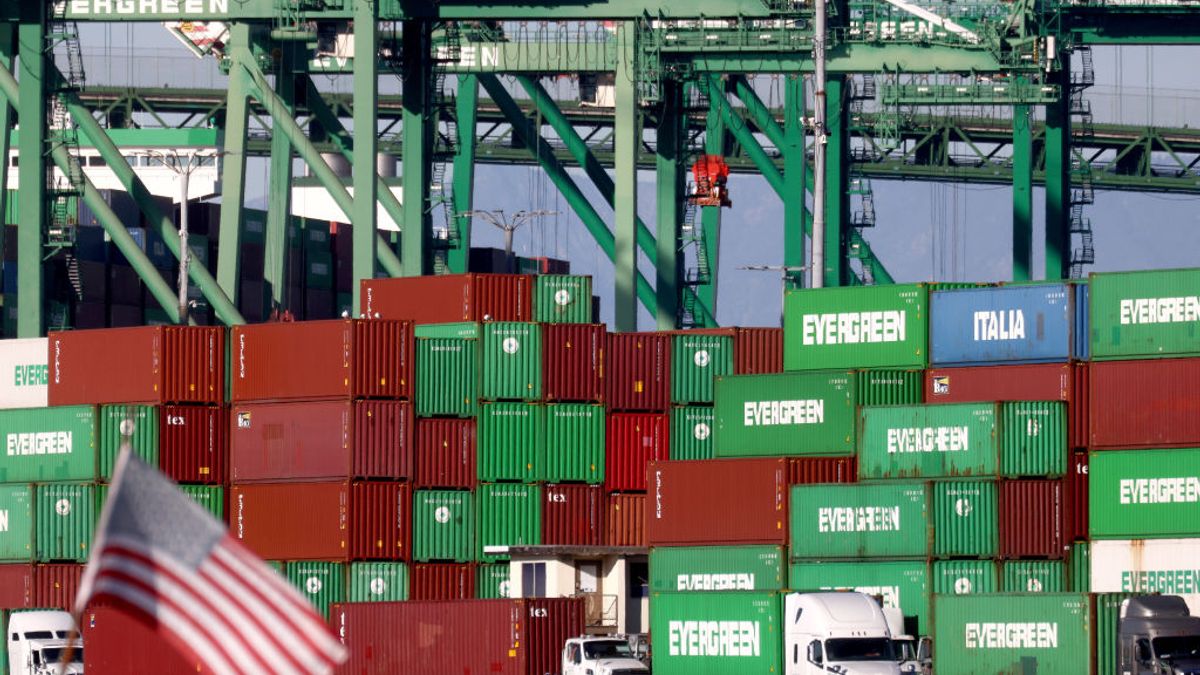 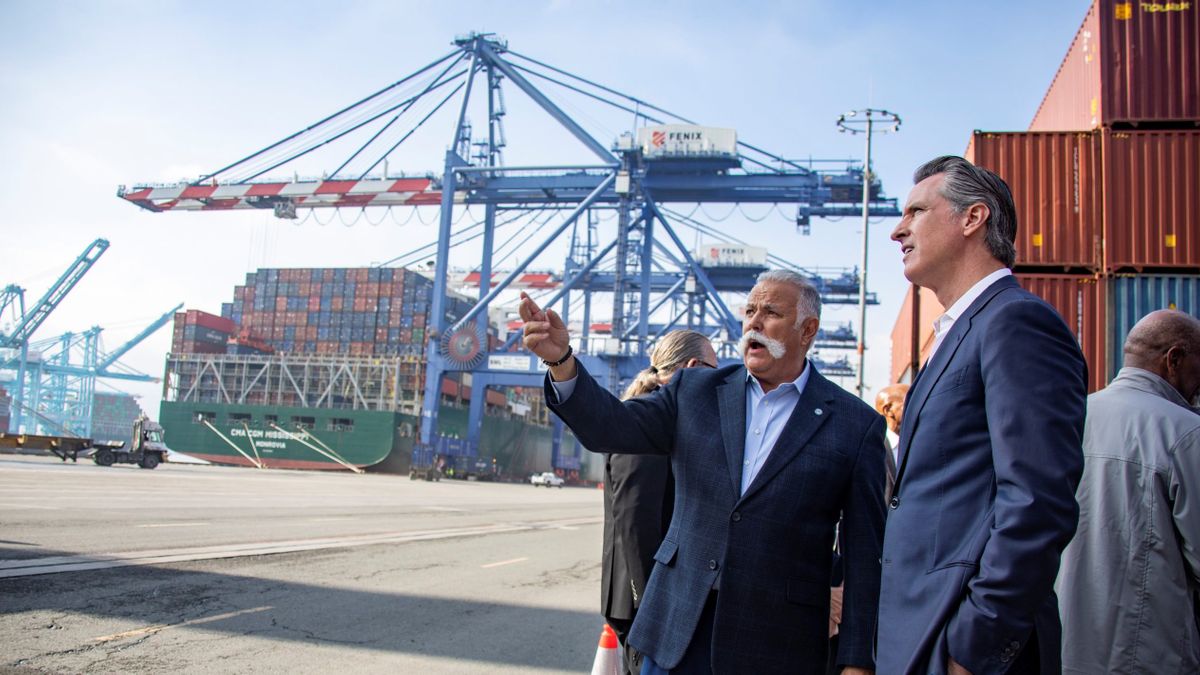 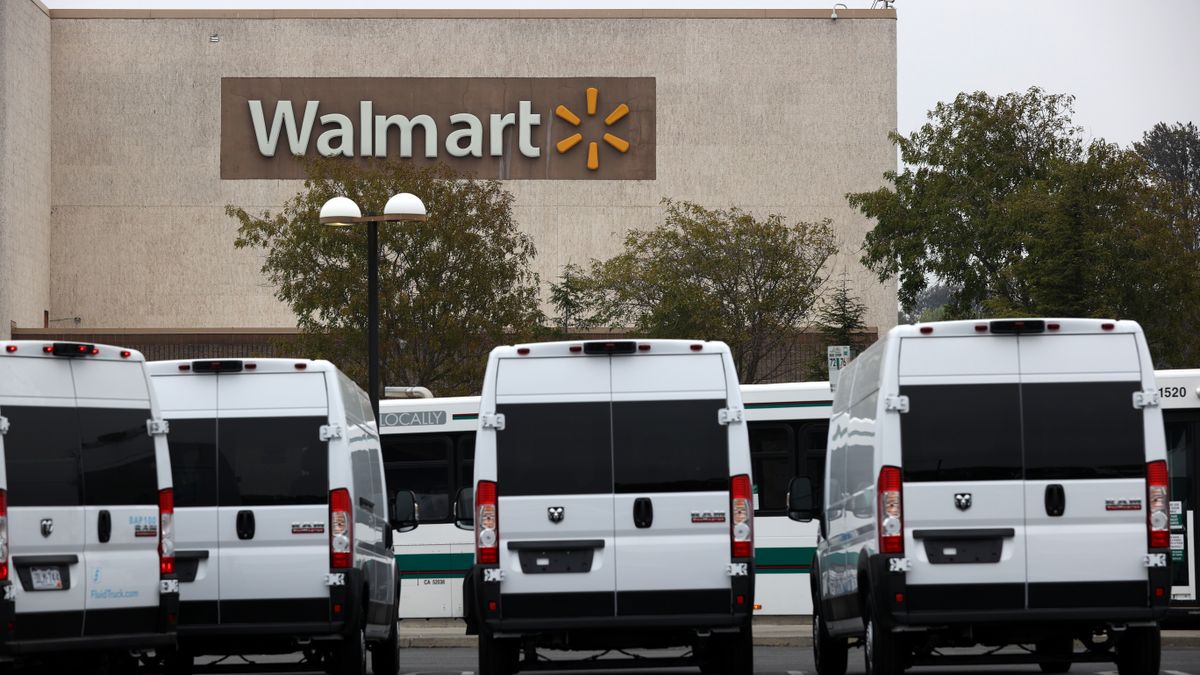 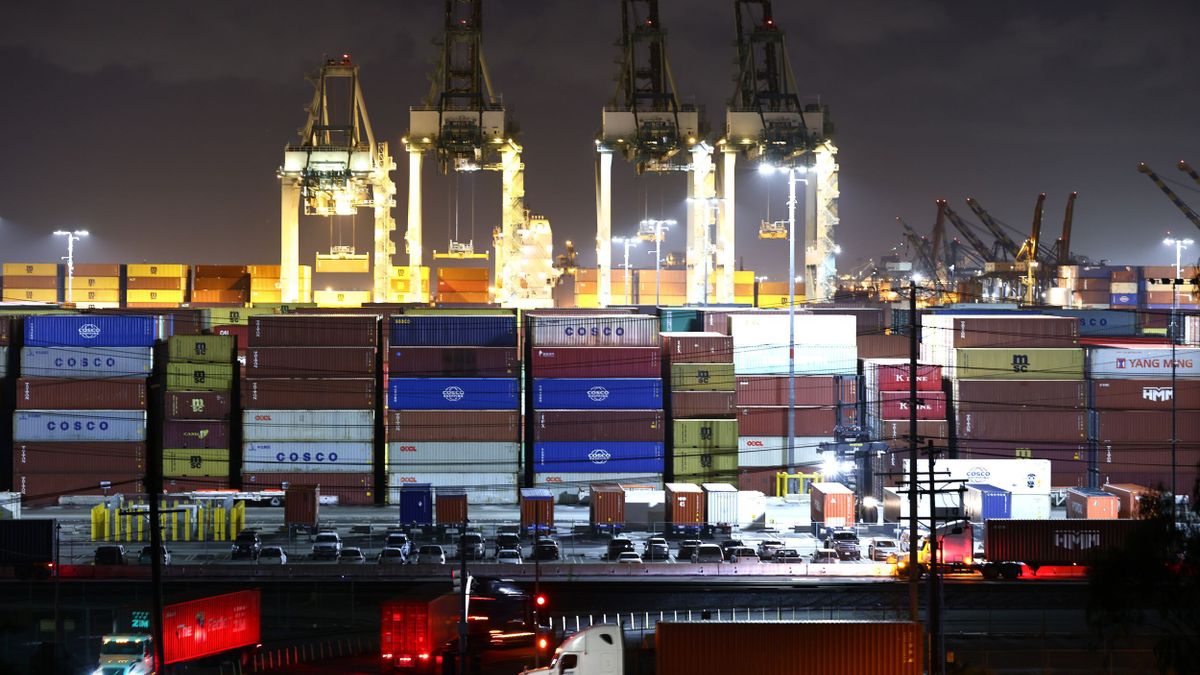 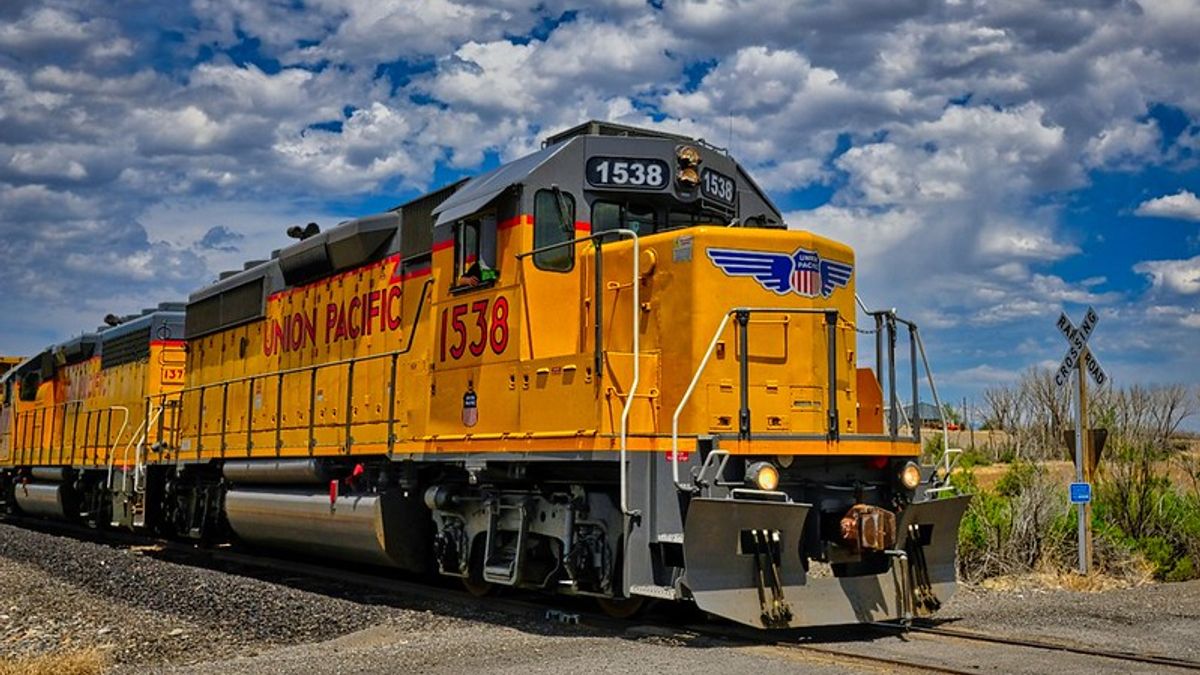 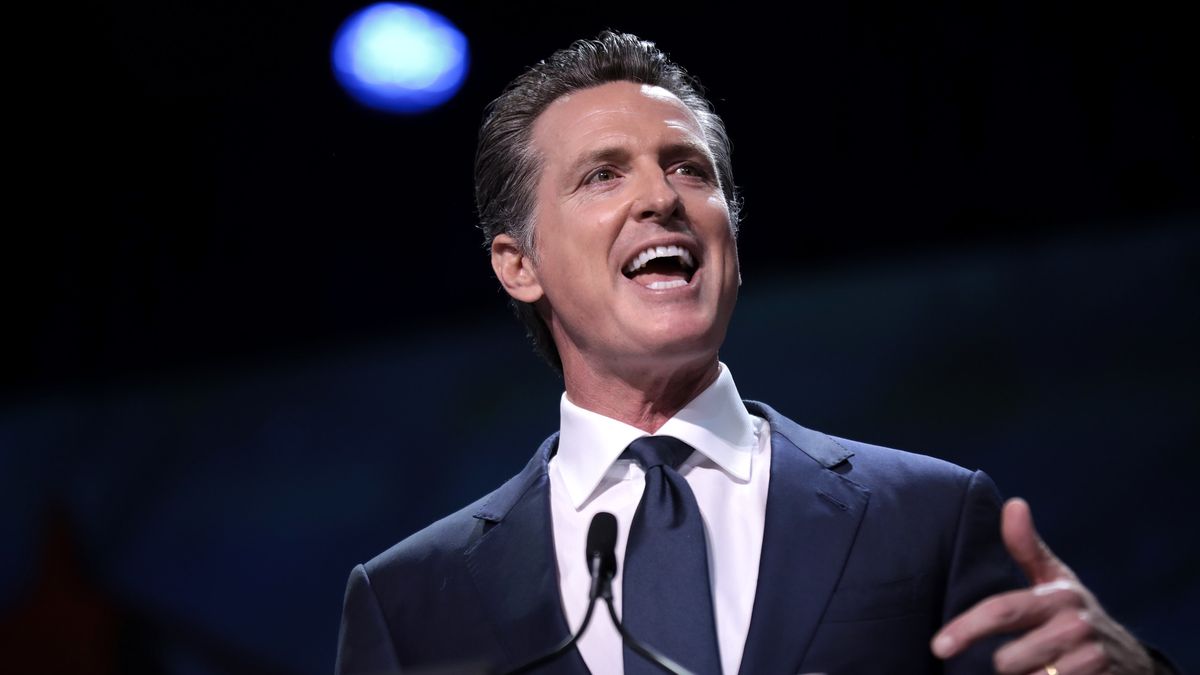 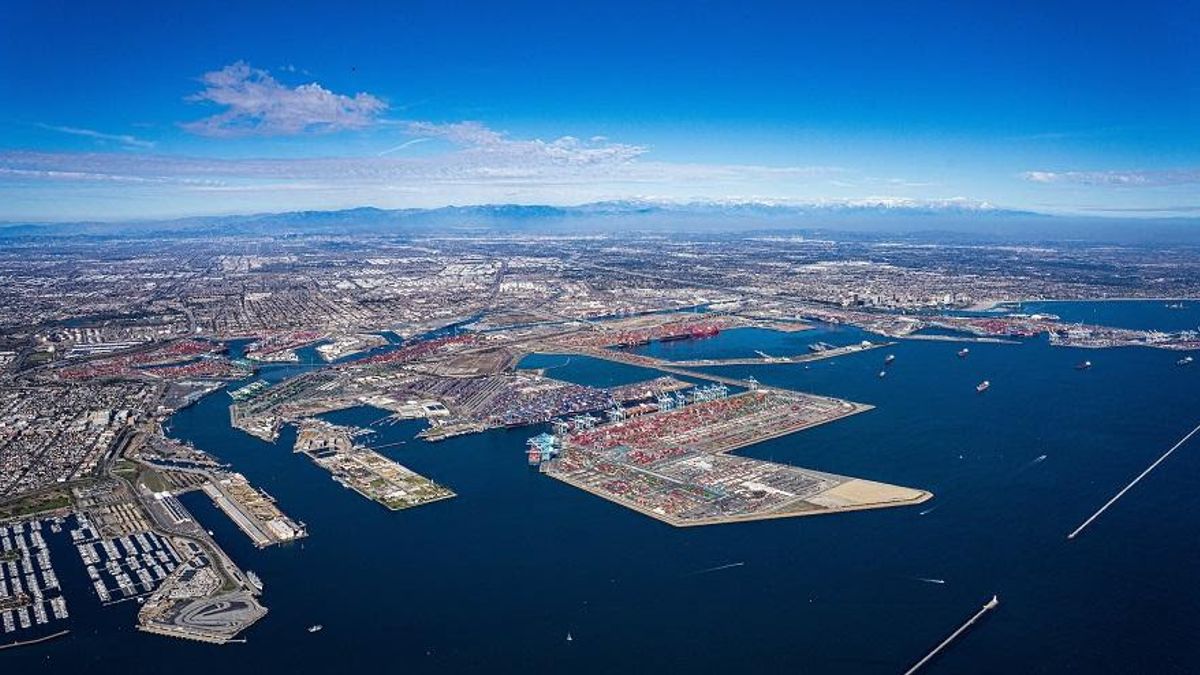 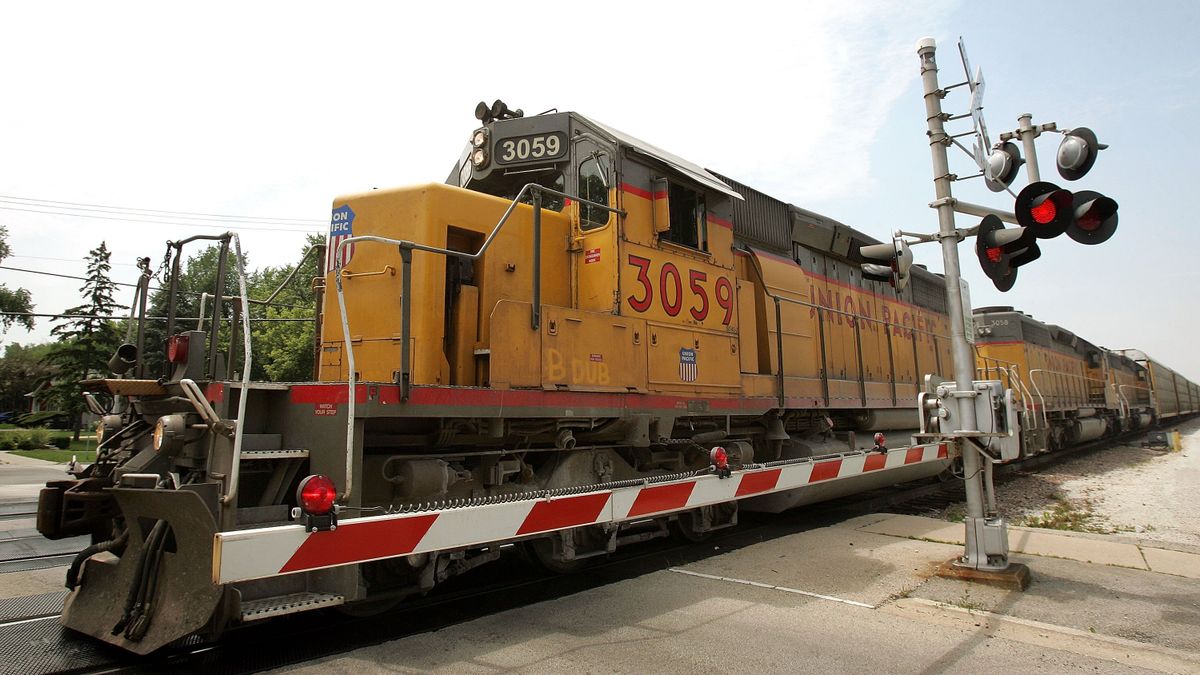