One expert said the agency has “vastly underestimated” the amount of money needed for businesses to comply.

By one measure their efforts have paid off — worldwide investment in so-called sustainable mutual funds and exchange-traded funds has more than tripled since 2018 to $2.47 trillion, according to Morningstar.

“ESG is a pernicious strategy, because it allows the left to accomplish what it could never hope to achieve at the ballot box or through competition in the free market,” former Vice President Mike Pence said in May, joining opponents as varied as Berkshire Hathaway Vice Chair Charles Munger and Tesla CEO Elon Musk.

CFOs should not expect the backlash to halt a proposed Securities and Exchange Commission rule that would bring securities laws in closer alignment with climate activism and a corporate movement toward ESG disclosure, according to attorneys and former regulators.

“The biggest institutions have made their commitments, and they’re not going to back down,” according to Elizabeth Saunders, a partner at Clermont Partners. “That ship has already sailed.”

The SEC before January will likely publish a rule requiring publicly traded companies to provide detailed disclosures on carbon emissions and climate risk, the attorneys and former regulators said.

The SEC is poring over 14,000 public comments on the proposed rule, but any revision to its 490-page draft will probably retain the most exacting — and costly — requirements for measuring and reporting on climate risks, the attorneys and former regulators said.

“If I were the CFO of a public company, I would fully expect that these rules will go into effect,” said Kai Liekefett, a partner and co-chair of the shareholder activism practice at Sidley Austin. “You need to prepare — you can’t count on Santa Claus to deliver you a present.”

The SEC currently does not require companies to report on climate risk or describe how they must do so. Instead, the agency — based on “interpretive guidance” released in 2010 — suggests how companies disclose the impact from climate change in light of existing or new legislation, regulation and global agreements.

Under a new climate risk rule, the SEC aims to mandate that companies describe on a Form 10-K their strategy to lower climate risk, including plans to achieve any targets they have set for curbing such risk.

Companies would also need to disclose data on their GHG emissions, either from their facilities or through their energy purchases, and obtain independent attestation of their data.

Clear, uniform disclosures on the costs from climate change will benefit both businesses and investors, according to SEC Chair Gary Gensler. Businesses will gain detailed insights into potential costs and opportunities, while investors will be able to better gauge risks at specific companies and compare risk levels across industries.

“If it’s consistent and comparable, it helps both issuers and investors and can lower the cost of the risk premium, and risk premium is part of the cost of capital,” Gensler told a Harvard University forum on Sept 15.

Currently, a grab-bag of methods for gauging a company’s adherence to ESG principles stirs confusion among investors as well as some CFOs and their C-suite colleagues, the attorneys and former regulators said.

“It’s a dog’s breakfast,” Liekefett said in an interview, adding that ESG ratings companies need a few more years to find a consensus on uniform measurement.

The more than 100 firms worldwide that specialize in rating ESG performance often give the same company different rankings, researchers at the MIT Sloan School of Management said in a study titled “Aggregate Confusion.”

Also, when gauging and reporting carbon emissions and other ESG factors, CFOs currently must choose from dozens of inconsistent frameworks. The jumble of measurement systems has also caused confusion and enabled some companies to “greenwash,” or exaggerate their progress in aligning with ESG principles.

“The metrics and measurement systems, in some ways in my view, are still in their infancy” and fall short of the task of assessing whether 3,470 companies worldwide are following through on pledges to improve their environmental impact, Microsoft President Brad Smith said.

“Unless there is accountability, there is no reason for the public — whether you’re a shareholder or a customer or just a member of the community — to fundamentally have confidence in what businesses are saying,” Smith told the Harvard forum.

Regulators worldwide are gradually building consensus behind a common standard for reporting climate risk, Gensler told the Harvard forum. The SEC disclosure rule, like mandates adopted in Europe and elsewhere, draws on guidelines from the Task Force on Climate-Related Financial Disclosures (TCFD), he said in a recorded interview. “We’re all trying to build off that.”

TCFD describes 11 types of disclosures across four areas: governance, strategy, risk management, and metrics and targets. It does not dive deep into how to measure climate risk. The SEC also encourages use of the Greenhouse Gas Protocol, an accounting and reporting standard for GHG emissions.

Critics say the costs of the coming rule far outweigh any benefits. The regulation will speed the growth of a “climate industrial complex,” SEC Commissioner Hester Peirce said before casting the lone vote against the disclosure requirements in a 3-1 commission decision.

Criticism of the SEC’s draft rule echoes many points in the broader backlash against ESG and underscores the rule’s vulnerability to delay, according to attorneys and former regulators.

“Everybody is laying the groundwork for additional warfare” after the SEC releases the final rule, according to David Brown, a partner at Alston & Bird.

The SEC estimates that to comply with GHG emissions disclosure, a small company would annually need to spend an additional $420,000, while large companies would need to budget an extra $530,000.

“The SEC has vastly underestimated the amount of money it’s going to take to comply with this rule,” Brown said in an interview. He predicted that a judge will eventually tell the agency, “‘Your economic analysis is wanting — go back to the drawing board.’”

CFOs will need to hire accountants, data analysts and other experts in sustainability, as well as pay outside auditors and consultants for independent review of SEC filings, Brown said. Also, measuring Scope 3 GHG emissions by upstream and downstream contractors will prove challenging and costly.

“The Big Four accounting firms are hiring tens of thousands of people to try to get in front of this, and with a scarcity of talent the cost will naturally go up,” Brown said.

While saddling companies with onerous compliance costs, the SEC is also overstepping its congressionally mandated authority, Sen. Pat Toomey of Pennsylvania, the senior Republican on the Senate Banking Committee, told Gensler at a Sept. 15 committee hearing.

“The SEC is wading into controversial public policy debates that are far outside its mission and its expertise, and they’re doing it without the legal authority to do so,” Toomey said. “The cost of compliance will be more material to the investor than the [climate risk] information itself.”

The SEC ultimately aims to shut down investment in producers of fossil fuels by providing “climate activists with data to run political pressure campaigns against companies, which will often be to the detriment of shareholders,” he said before Gensler testified. “The SEC will have to answer to the courts.”

"The SEC's work on climate risk disclosure is an important example of how to improve the market’s understanding of risk and provide transparency and comparability — clarity and uniformity are key," Sen. Sherrod Brown, an Ohio Democrat and the banking committee chairman, said at the hearing. "If only a subset of companies provides disclosure and they do so in whatever form they want, that doesn't serve anyone."

Opponents of the SEC rule found ammunition in a Supreme Court decision in June that curbed the authority of the Environmental Protection Agency (EPA) to limit power plant emissions under the Clean Air Act.

In a 6-3 decision on West Virginia vs. EPA, the court cited the “major questions doctrine,” holding that federal agencies need direction from Congress before setting regulations with significant economic or political impact.

The doctrine “will be the threshold question” that determines whether the SEC survives its challenges, Saunders predicted in an interview. “Everything else becomes smaller.”

Critics also say the SEC rule requires disclosures that are not material to investors’ decisions and efforts to manage risk. Gensler defends the proposed regulation by saying that investors worldwide with $130 trillion in assets are pressing for uniform and consistent disclosures on climate risk.

“I don’t think there’s any court today that’s going to come down and say that climate risk isn’t material to some companies right now,” Saunders said.

Still, several states — including Florida, Oklahoma, Texas and West Virginia — have said asset managers such as BlackRock are pushing an ESG agenda at the expense of investor returns. They say ESG principles are not relevant to investment decisions and have barred some asset managers that use ESG benchmarks from handling state pension funds.

Louisiana Treasurer John Schroder in an Oct. 5 letter informed BlackRock CEO Larry Fink that the state was pulling out $794 billion in pension fund money from BlackRock funds because of the asset manager’s use of ESG criteria.

“Your blatantly anti-fossil fuel policies would destroy Louisiana’s economy,” Schroder said. “In my opinion, your support of ESG investing is inconsistent with the best economic interests and values of Louisiana.”

BlackRock has pushed back against assertions that it dictates to companies how they should approach carbon emissions, saying such decisions are the responsibility of a company’s management team and board. 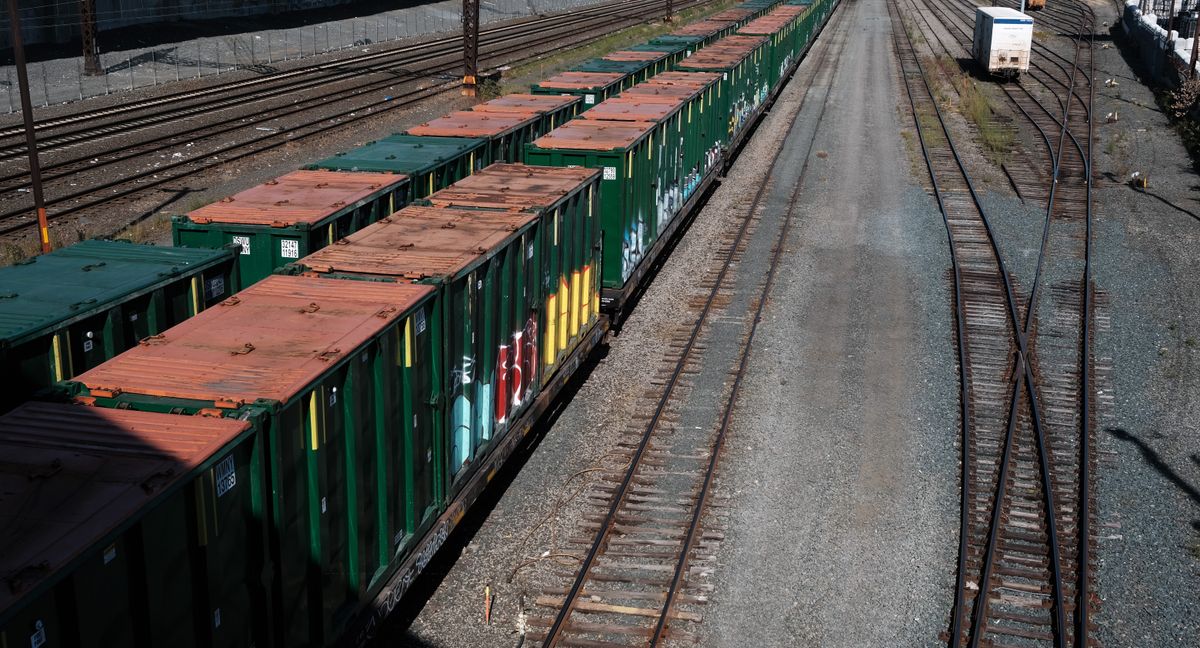