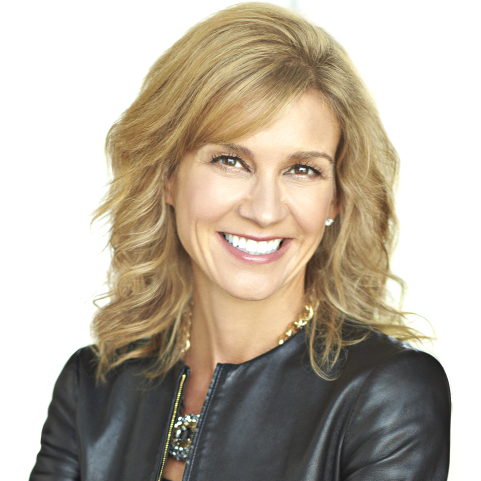 We believe in the power of our store portfolio and know that our future as a best-in-class omnichannel retailer will be driven by how inventive, compelling and unique we can make our store experience.

Reduced inventory per store by 8%, lead times from to eight weeks from 16.

A smaller, faster, leaner Kohl's is a more profitable Kohl's.

Mary Barra at GM, Tim Cook at Apple and now Michelle Gass at Kohl’s. All three came with decades of experience in operations. And if Gass gets her way, all three will have crafted narratives of success at their respective companies.

What’s bringing a growing number of supply chain specialists into the C-suite is a growing respect for the competitive advantage good supply chain management offers and the power it has over the bottom line, experts say.

"I think it’s the data behind the technology and what you can do with all of that data. When I started in my career everything was more siloed. Nothing is siloed now. You could almost go from supply chain to CIO now," Mona Maurelli, managing director at Deloitte, told Supply Chain Dive. 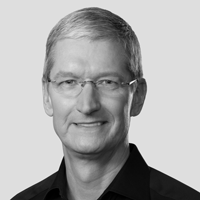 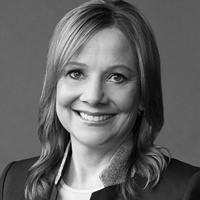 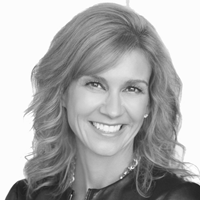 And Gass' trajectory has been similar. After nearly 17 years at Starbucks in various executive positions (she is reportedly the one to thank for the rise of the Frappuccino), Gass came to Kohl’s as chief merchandising and customer officer in 2013 in what then-CEO Kevin Mansell called "a little bit of an out-of-the-box hire," in an interview.

Before CEO came an inventory overhaul

It might be counter-intuitive for a former head of merchandising to drastically reduce a retailer’s inventory, but that’s just one of the moves that defined Gass’ time at the company before her promotion.

When Gass came on as chief merchandising officer in 2013 – after just five years at the company – she had a clear task at hand.

The retailer had built its private label brands to make up as much as 50% of inventory. Though the strategy made margins better, it also presented the need need to "rebalance" that split to ensure customers were still drawn into the store by name brands.

In fact, Mansell had begun a streamlining plan across the chain: fewer stores, smaller stores with fewer fixtures and less overall inventory.

It was Gass who led the inventory overhaul reducing lead times in the fashion category from 16 weeks to eight weeks in order to keep up with trends while keeping inventory on hand relatively low – deemed the "greatness agenda" internally.

Analysts suspected that Gass had been groomed for the CEO spot as Mansell planned his departure. Even before she took over, she was speaking publicly for the company, defending Kohl’s partnership with Amazon wherein Kohl’s facilitates Amazon returns at its stores.

"We believe in the power of our store portfolio and know that our future as a best-in-class omnichannel retailer will be driven by how inventive, compelling and unique we can make our store experience," Gass said at the time.

She later hailed the partnership a tentative success and indeed a study of the initial stores in question showed an 8.5% bump in traffic to the stores accepting Amazon returns, the majority of which was new customers.

"I'd say, for both parties, we're really pleased with the partnership. We're excited about the customer response. We continue to track this very closely," Gass said on an August earnings call.

When Gass was named CEO-elect concurrent with Mansell’s announcement of his departure, analysts were pleased mostly on the back of her inventory overhaul.

“We went through this with a number of individuals that have transcended the functional activity. It's extraordinary, but I need more of them.”

As Global Data Retail analyst Anthony Riva said in an August 2017 note: "The much smaller dip in revenues indicates that the business is going in the right direction and has gained momentum since the start of the year."

Gass told investors on a first quarter of 2018 earnings call that "rightsizing" existing stores allowed the company to remove more than 100 fixtures per store, which reduced overhead, maintenance and refresh costs going forward. Today the chain has 500 of what it calls "standard to small" stores.

Reducing store size has not necessarily affected sales, but it has boosted gross margin slightly. As Gass explained in May, with less inventory, fewer items end up reduced on the clearance rack.

Kohl’s is back on track, but Gass still has her work cut out for her. With only a matter of months on the job, she has yet to move far beyond the initiatives begun under her predecessor. Plus, retail performance in the past two quarters has been bolstered by a tailwind of overall economic growth that some economists say won’t last.

"I think Michelle Gass appears to be taking some of the necessary steps in the right direction, but at the same time I think it is too early to call one way or the other," Chris Walton, a former Target executive who now consults on omnichannel strategy, told Supply Chain Dive.

In naming her 2018 Executive of the Year, Supply Chain Dive recognizes that Michele Gass' promotion speaks to the importance of the work she did before becoming CEO that drove what could turn out to be a long-term turnaround for Kohl’s. Her ability to execute winning strategies in her former and current role at the company demonstrate the increasing power of supply chain tweaks on overall results.

And though her promotion is still good news for supply chain industry stakeholders, no matter the economy, APICS CEO Abe Eshkenazi said he’ll need to see more to call it a trend.

"We went through this with a number of individuals that have transcended the functional activity. It's extraordinary, but I need more of them," said Eshkenazi. "My sample size is five. I need 500. We’re not seeing it at the level that we had expected just yet."

View all | Post a press release
Soleadify enters BDO’s new Growth Programme to use Big Data and ML for Supplier Discovery and …
From Soleadify
Descartes Releases 2022 Environmental, Social and Governance Report
From Descartes Systems Group
Wharton Executive Education launches two new CxO programs, in partnership with Emeritus
From Emeritus
WarehouseQuote Releases Q2 Warehouse Pricing Index
From WarehouseQuote
Editors' picks
Latest in Operations
© 2022 Industry Dive. All rights reserved. | View our other publications | Privacy policy | Terms of use | Take down policy.
We use cookies to optimize your experience on our website and for analytics and advertising purposes. By continuing to use our site, you agree to our cookie policy. Learn more
Accept