Are Australian road trains the solution to the US driver shortage?

North Dakota approved legislation to pilot the freight method as a way to deal with increased demand for drivers amid high turnover rates.

In solving for crucial supply chain issues, Australia found a workaround that could have implications for driver shortages and transportation hurdles in the U.S.

Australia's supply chain must navigate its landmass of 2.96 million square miles, people and businesses dispersed through the Outback and an infrastructure better suited to nimble vehicles. While most of the population lives in coastal cities, many live in villages widely separated by deserts and connected by highways and dirt roads. Residents in these areas work on cattle and sheep farms or in mining, which requires the movement of large equipment.

The Aussies found a unique solution to transport items such as excavators, hydraulic shovels and dozers: road trains.

A road train is an engine with a string of trailers attached, a mega-tandem, said Michael Notarangeli, executive vice president of logistics at Maine Pointe, a global supply chain and operations consultancy. The trailers are known as dog or pup trailers because they were historically used at dog farms. Australia has the longest and heaviest road-legal road trains in the world, weighing up to 200 tons, according to Vintage Road Haulage in Perth.

The ability to transport multiple trailers with one engine holds promise for optimizing supply chain operations and increasing efficiency in rural areas — so much so that a North Dakota state senator introduced a bill to pilot road trains in the state. The method isn't perfect for every scenario and comes with limitations and drawbacks.

Optimization is top of mind

"Ideally, road trains would operate in rural areas where there is less congestion," Notarangeli told Supply Chain Dive via email. "If you can envision a mega-tandem they are best operated on straight roadways — 90-degree turns are impossible."

Optimization, efficiency and revenue are top-of-mind for supply chain and logistics professionals. Road trains might be one way to achieve those goals, Torsten Welte, global VP and head of the Industrial Business Unit for Aerospace and Defense, plus Travel and Transportation at SAP, told Supply Chain Dive.

"You can carry more freight and that means more revenue."

Global VP and Head of the Industrial Business Unit for Aerospace and Defense, plus Travel and Transportation, SAP

"It's always the optimization of how do you get more transported by less effort," he said. "Establishing these super-long, multi-trailer mega trucks, where you don't have the infrastructure for rail, [but still] need to get the same kind of flexibility and capacity in place [makes sense]."

With trucks, Welte added, there is the engine and the driver, but as in rail, the more trailers you have on it, the more efficient you are. "You can carry more freight and that means more revenue."

According to a July report from the American Trucking Associations (ATA), 60,800 more drivers were needed at the end of 2018 to meet the country's demands for freight services.

"The combination of a surging freight economy and carriers' need for qualified drivers could severely disrupt the supply chain. The increase in the driver shortage should be a warning to carriers, shippers and policymakers because if conditions don't change substantively, our industry could be short just over 100,000 drivers in five years and 160,000 drivers in 2028," ATA Chief Economist Bob Costello said in the report.

Earlier this year, the chairman of the North Dakota Senate Agriculture Committee, Sen. Larry Luick, R, introduced a bill to provide a road train pilot program. It has since passed both houses and was signed by the governor on April 11.

In a presentation in June, Luick listed increased freight demand, high driver turnover rates and hours-of-service regulations as some of the reasons why road trains are needed.

"If you have the ability in a road train to have six containers transported at the same time, you would have a little extra cost associated with the extra weight, but you wouldn't have six drivers and six rigs, so you wouldn't incur all these extraordinary costs," Goehring said.

Notarangeli said road trains could help mitigate the driver shortage, but would not eliminate it. Drivers will still be needed to pick up and deliver trailers to and from shippers and consignee locations, and to a yard and back.

Driver profiles may change as a result, he said, "but as long as the average age of drivers continues to climb with no replenishment, there will still be pressure on driver availability."

The length and weight of road trains can be put extra stress on roads that often take a beating in winter weather. Winter temperatures in North Dakota can reach -60 degrees with blizzards making operation of any vehicle hazardous.

While Australia has long stretches of open roads with sparse traffic, that's not necessarily the case for most areas in U.S., with large areas of congestion, especially near major cities. Notarangeli suggests special lanes, limited access hours and increased safety protocols to accommodate road trains.

"There are advantages of road trains — increased capacity, improved efficiency, better driver utilization — but there are downsides as well, including increased maintenance on equipment, increased safety risk and limited access," Notarangeli said. 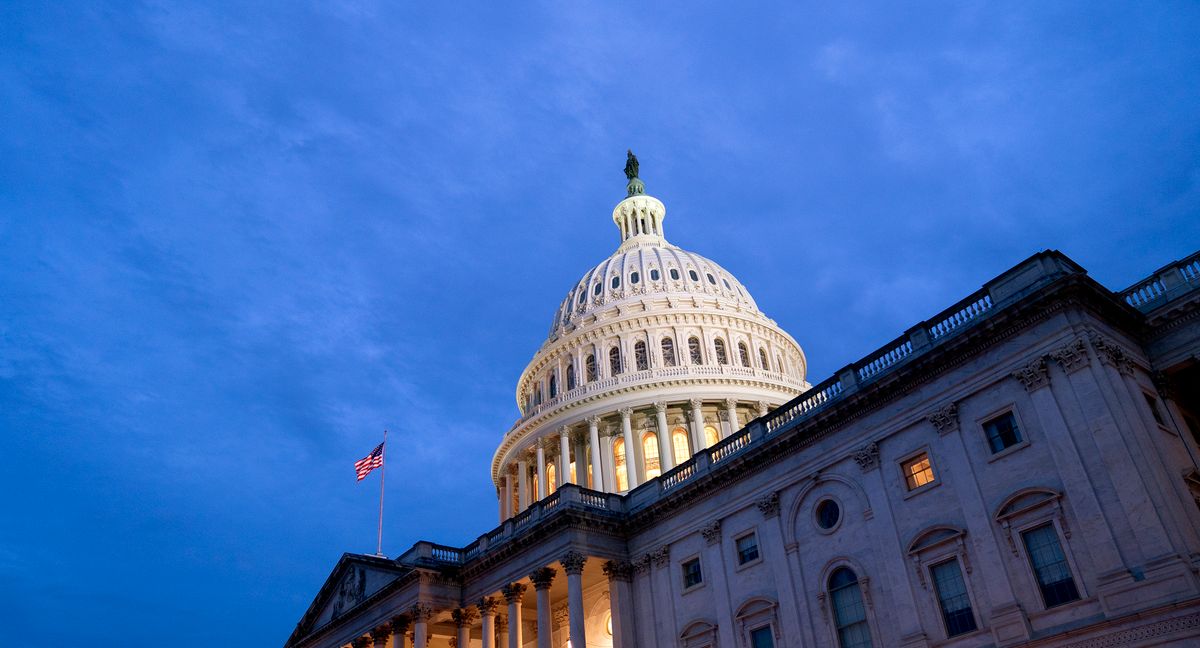 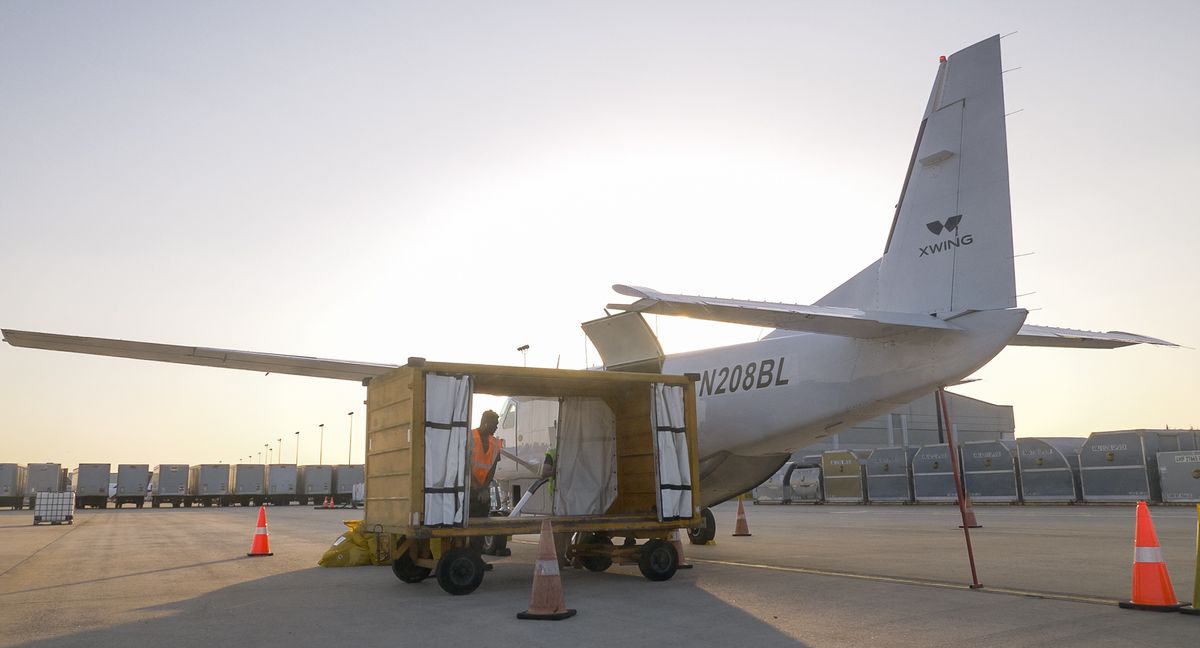 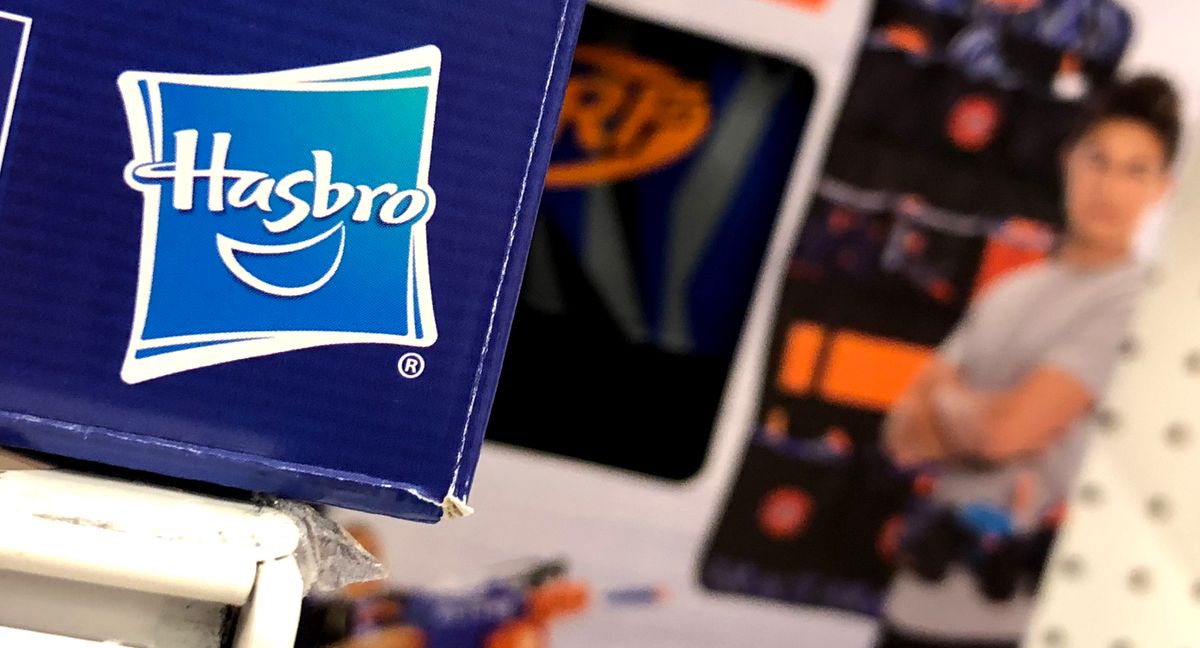 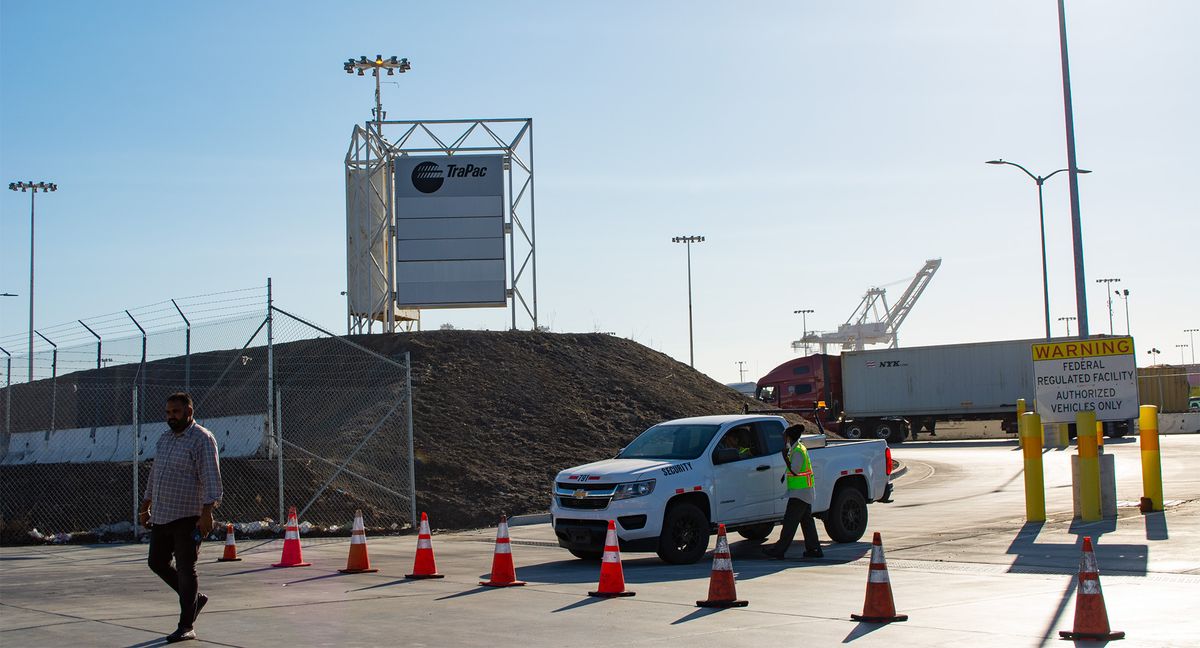 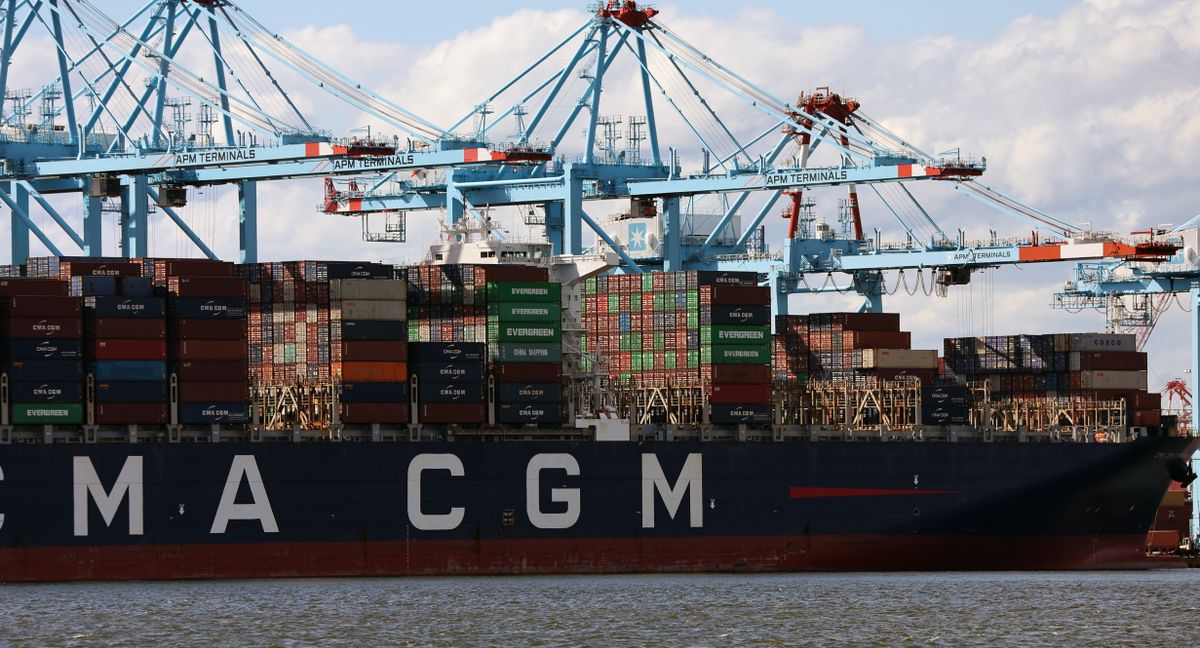 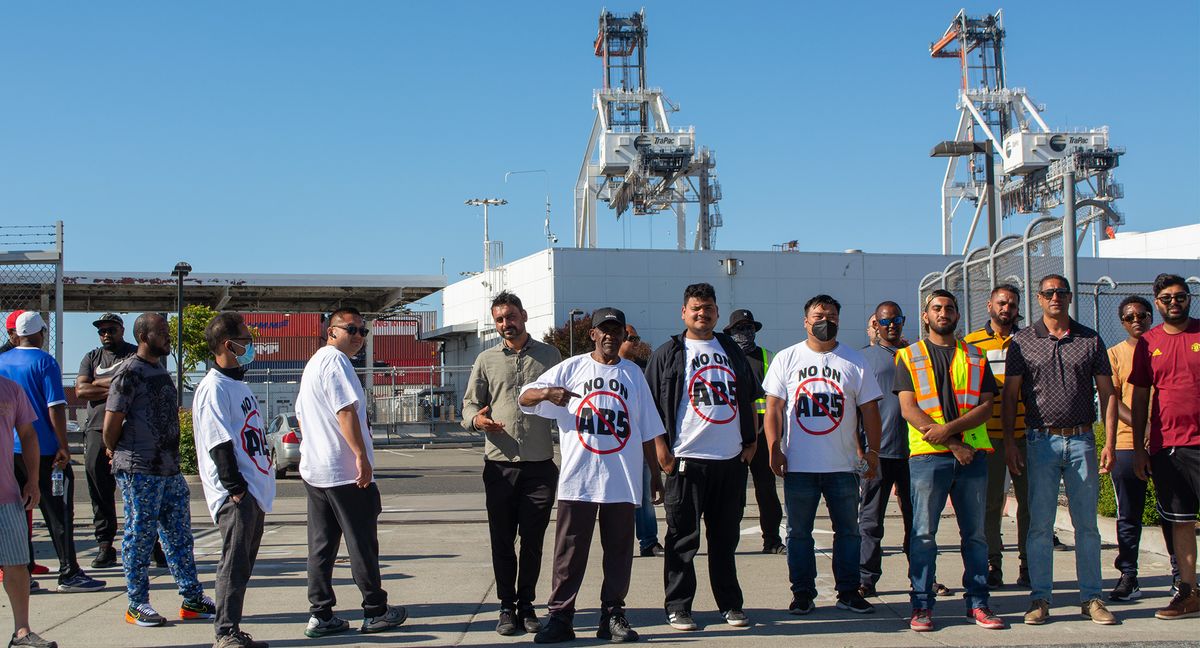 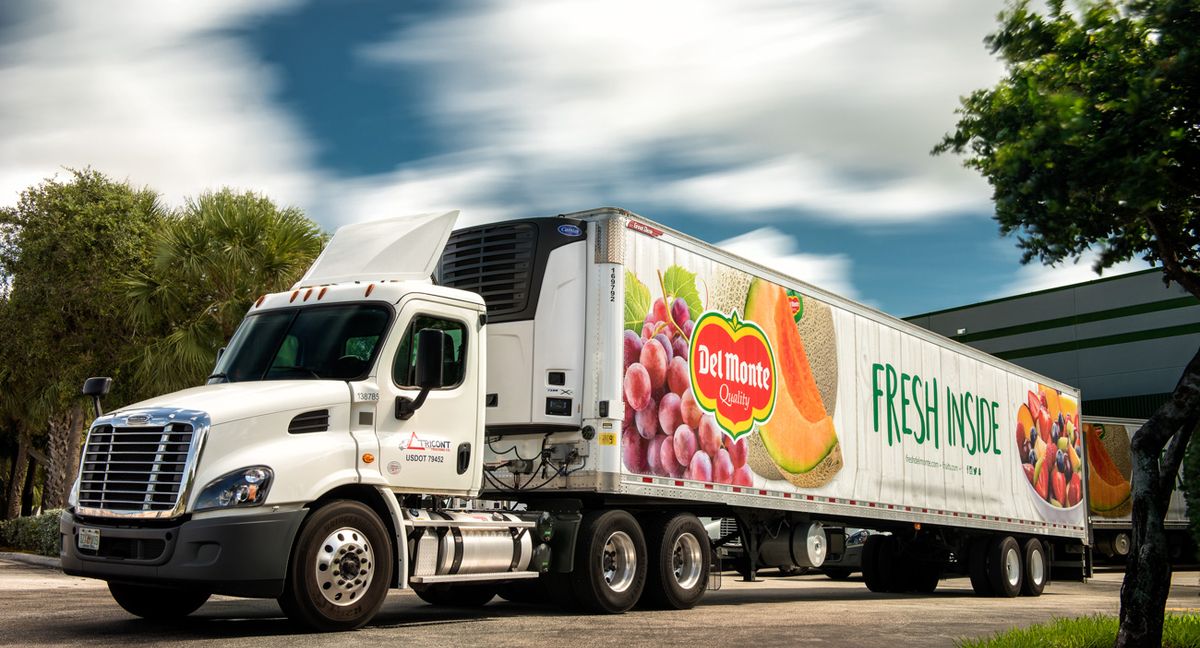