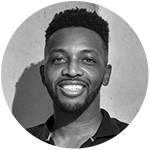 There has been an uptick in enforcement and penalties this year (withhold releases nearly doubled from 2019 to 2020) as the U.S. and other countries have cracked down on forced labor issues, to ensure that there is no unfair advantage given to companies that employ unethical production practices to produce goods at lower costs. It is incumbent upon importers to know the tiers of their supply chains and avoid any humanitarian issues.

CBP's forced labor finding on the stevia product manufacturer in China is the first the agency has issued since 1996. This action follows a civil penalty of $575,000 imposed on importer Pure Circle U.S.A. for receiving stevia extracts and derivatives from the manufacturer.

In May 2016, CBP issued a withhold release order to temporarily detain goods from the manufacturer. The escalation to a finding order means that CBP found conclusive evidence that the company was using forced labor.

"There is sufficient evidence to support the finding that Baoanzhao is a prison/forced labor facility and that stevia extracts and derivatives mined, produced, or manufactured by Baoanzhao are likely being imported into the United States," reads the finding published on the U.S. Federal Register.

CBP has issued 13 withhold releases in fiscal year 2020 (compared to 7 in 2019), in pursuit of its goal to root out forced labor goods. And a September bill passed with bipartisan support in the U.S. House of Representatives that banned products made by Uighur labor.

Forced labor is already banned for imports in the U.S. The U.S. Code explicitly prohibits the importation of merchandise mined, manufactured or produced, wholly or in part, by forced labor — any involuntary work exacted from a person under threat of penalty. This includes convict, child and indentured labor. The new Uighur legislation, if it passes the Senate, would emphasize companies' responsibility to ensure ethically produced products.